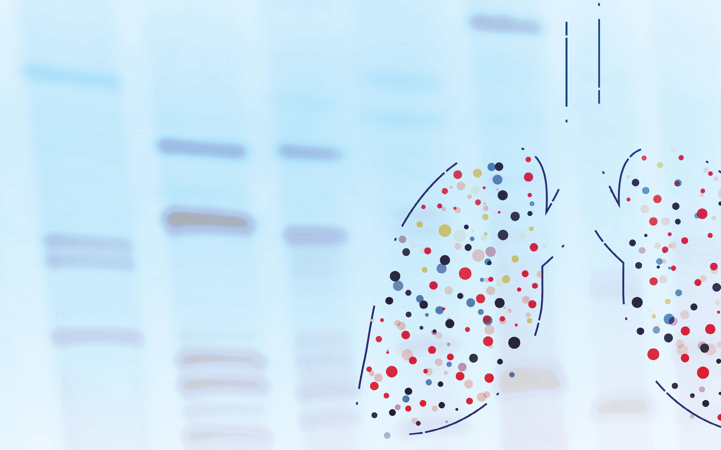 Integration of New Biomarkers and
Targeted Therapy in Advanced NSCLC:
Challenges and Solutions

The treatment landscape for oncogene-driven advanced non-small cell lung cancer (NSCLC) is changing rapidly. The introduction of novel molecular targeted therapies against rare driver gene alterations that can be detected using techniques such as tissue- and plasma-based next-generation sequencing (NGS) has enhanced treatment options. However, integrating novel predictive biomarkers and targeted therapies in daily practice may be challenging. In this interactive live webinar, experts will discuss these challenges and explore potential solutions to optimize personalized treatment strategies that may impact patient outcomes and quality of life.

His research interests include surgical treatment of lung cancer and individualized treatment of lung cancer based on cancer genotypes such as EGFR mutations or ALK translocations. His group is also involved in studies of ctDNA and patient-derived organoids. He has published more than 400 papers that have featured in international peer-reviewed journals. 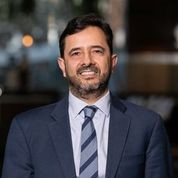 The University of Sydney

Dr Nick Pavlakis is a Senior Medical Oncologist at the Royal North Shore Hospital, North Shore Private Hospital, and Northern Cancer Institute (GenesisCare) in Sydney, Australia, and Associate Professor of Medicine at the Northern Clinical School, University of Sydney. He is also Co-Chair of the Bill Walsh Translational Cancer Research Laboratory at the Royal North Shore Hospital. He has more than 20 years’ experience in the oncology field, including clinical and translational research.

Dr Pavlakis trained in anti-angiogenic drug development and has an interest in new drug development and the evaluation of drug resistance in lung cancer, mesothelioma, and gastrointestinal malignancies. He is a Study Lead of several national and international co-operative group studies. He is a Deputy Chair of the IASLC CME Committee and has served on the Faculty of the World Conference on Lung Cancer (WCLC). He is the Board Chair of the new Thoracic Oncology Group of Australasia.

He is an active member of the International Association for the Study of Lung Cancer (IASLC) and has been involved in many IASLC activities since 1996, including Scientific Secretary of the 12th World Conference on Lung Cancer (WCLC; Sept, 2007), and President of the 4th Asia Pacific Lung Cancer Conference (Dec, 2010). He also served on the IASLC Board of Directors during 2009–2013. More recently, Professor Park served as Co-President (with Professor Hisao Asamura) of the 18th WCLC, Oct 15–18, 2017, Yokohama, Japan. He also received the Merit Award of IASLC in 2016.

Professor Park is also actively involved in a variety of international activities of ASCO (American Society of Clinical Oncology) as a member of the International Education Steering Group (IESG), and he leads the ASCO Asia Pacific Regional Council, being elected as Chair in 2019. He also served as Chair of the Korea Actionable Genome Consortium (KAGC) in 2015–2018 and the Scientific Co-Chair for ESMO-Asia 2017 (Nov 16–19, 2017, Singapore).

Professor Park is a member of the International Cancer Genome Consortium (ICGC) Scientific Steering Committee since 2013 and served as Organizing Chairman of the 13th ICGC workshop, June 12–14, 2017, in Seoul, Korea. He was nominated as Steering Committee member of ICGC Accelerating Research in Genomic Oncology (ICGC-ARGO), which is the second phase of ICGC and launched in May, 2018, and was recently appointed as Member of the Management Committee.

He is an Associate Editor for the Journal of Thoracic Oncology (JTO) and Therapeutic Advances in Medical Oncology, and an Editorial Advisory Board member of Cancer.

Dr Daniel Tan is a Senior Consultant Medical Oncologist at the Division of Medical Oncology, National Cancer Centre Singapore (NCCS), an Associate Professor at Duke-National Medical School, and a Senior Clinical-Scientist at the Genome Institute of Singapore. He is also Deputy Head of the Division of Clinical Trials and Epidemiological Sciences, and Director of the Experimental Cancer Therapeutics Unit (Phase I Unit) at NCCS. Dr Tan’s research interests are in thoracic and head and neck oncology, and cancer drug development. His work is focused on improving the understanding of determinants of response and resistance to targeted therapy and immunotherapy. He has published more than 100 peer-reviewed articles, many in high impact-factor journals. He has been the recipient of several national and international awards for his research, including the ASCO Merit Award twice, and in 2019, the IASLC Daniel C. Idhe Lectureship Award for Medical Oncology. Dr Tan serves as Associate Editor for the J Thoracic Oncol and is the conference co-chair for the World Conference in Lung Cancer (WCLC) in 2020, and the track chair for translational research at ESMO 2021.

Featured Presentations
Target Audience
The meeting is designed specifically for medical oncologists, pulmonologists, pathologists, and other clinicians involved in the management of patients with advanced NSCLC.
Learning Objectives

Upon completion of this educational activity, participants should be able to:

Provider
Provided by ACE Oncology.
Support
This educational activity is supported by an independent grant from the Healthcare business of Merck KGaA, Darmstadt, Germany.
IME Information
This webinar includes content that is evidence-based, balanced, and free of commercial bias, with a primary objective to improve knowledge, competence and performance of clinicians in order to improve patient care.
Disclosures

The employees of ACE Oncology have disclosed no relevant financial relationships.

ACE Oncology require instructors, planners, managers, and other individuals who are in a position to control the content of this activity to disclose any real or apparent conflict of interest (COI) they may have as related to the content of this activity. All identified COIs are thoroughly vetted and resolved according to ACE Oncology’s policy. ACE Oncology is committed to providing its learners with high-quality activities and related materials that promote improvements or quality in healthcare and not a specific proprietary business interest of a commercial entity.

We use cookies on our website to give you the most relevant experience by remembering your preferences and repeat visits. By clicking “Accept”, you consent to the use of ALL the cookies.
Cookie settingsACCEPT
Manage consent

This website uses cookies to improve your experience while you navigate through the website. Out of these, the cookies that are categorized as necessary are stored on your browser as they are essential for the working of basic functionalities of the website. We also use third-party cookies that help us analyze and understand how you use this website. These cookies will be stored in your browser only with your consent. You also have the option to opt-out of these cookies. But opting out of some of these cookies may affect your browsing experience.
Necessary Always Enabled

Performance cookies are used to understand and analyze the key performance indexes of the website which helps in delivering a better user experience for the visitors.

Analytical cookies are used to understand how visitors interact with the website. These cookies help provide information on metrics the number of visitors, bounce rate, traffic source, etc.

Advertisement cookies are used to provide visitors with relevant ads and marketing campaigns. These cookies track visitors across websites and collect information to provide customized ads.

Other uncategorized cookies are those that are being analyzed and have not been classified into a category as yet.